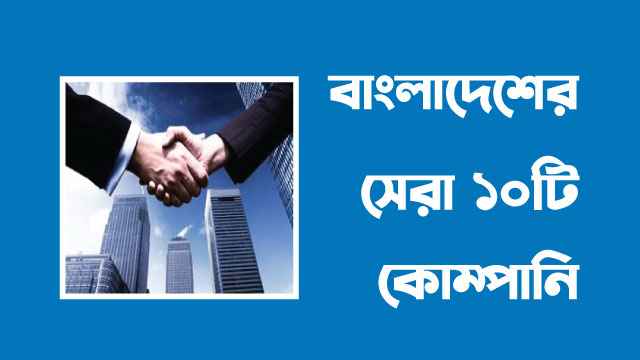 Unlike the rest of the world, the countries have already reached the peak of development. Although Bangladesh is many times more developed than before, it has not yet reached developed countries like Qatar. No country is sitting at this time of competition. Each country is moving forward with the goal of how to develop them. The more the number of businesses in a country increases, the faster the country will move forward. The role of business behind the development of a country is immense.

As the number of businesses increases, employment will increase, unemployment will be reduced, the demand of the people of the country will be met, which will reduce the dependence on imports and at the same time increase the rate of export which will increase the foreign exchange earnings. In this way, a business organization plays a major role in developing the country. So now the government of every country is giving more importance to business from head to toe. Why will Bangladesh lag in this competition? This type of business has also developed in Bangladesh. With the day and night work of innumerable workers, the companies are constantly growing, and at the same time, the total GDP of the country is increasing. So, Bangladesh is constantly moving forward for companies’ contributions today, and I will talk about them.

[Note: Which company is bigger in terms of resources or human resources is not serially written here, only the top 10 companies in Bangladesh are highlighted here]

Bashundhara Group was established in 1986 with this slogan about 33 years ago today (for the country and the people). With the evolution of time, this small company has become one of the largest companies in Bangladesh. Bashundhara Group currently employs about 56,000 workers, but the actual number is thought to be much higher. The total assets of Bashundhara Group amount to about 50 thousand crore rupees. Bashundhara Group has been conducting business in many other sectors, including cement, gas, services, media, sports, steel, food, and medicine.

Akij Group is one of the oldest companies in Bangladesh. The company, which started in 1940, is now 60 years old. The Akij Group employs about 60,000 people. The total assets of the Akij Group amount to about 1.46 billion. Akij Group has been conducting business mainly in jute, textile, ceramic, food, tobacco, pharmaceuticals and other sectors. The Akij Group’s journey began with the jute industry.

Square Company is very well known in Bangladesh. At this time, Square is well-known for its pharmaceutical industry. Square medicine is also very popular outside Bangladesh. It has been conducting business in medicine, food, clothing, media etc. Square Company is 72 years old. The journey to the Square began in 1956. (Maasranga TV) Square Company.

It isn’t easy to find people in Bangladesh who have not bought RFL products or do not know RFL companies. The RFL Group has created a huge workforce of about 130,000 people. Thirty-nine years ago today, on March 16, 1971, the journey of RFL Group started. FL Group is exporting a large number of products abroad to meet the country’s demand. The Pran RFL Group operates in various sectors, including food, plastics, agriculture, media, electronics, pharmaceuticals, and gamer, but RFL’s plastic products are the most popular.